Posted by Editor on
· 21 Comments 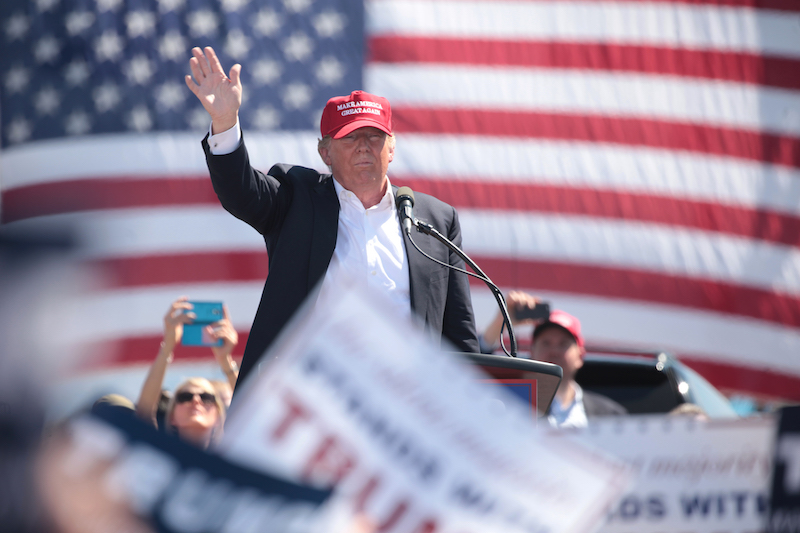 2016 marks the election in which the American people finally cast off the chains of party loyalty and crossed all prior partisan lines to take back their White House with D.C. outsider Donald J. Trump. The people’s revolution responsible for that are taking aim at the U.S. Senate in 2018.

Obviously, Trump is the President, so he won’t be running for U.S. Senate. But we need TRUMP-like people willing to run for senate and we need them now! www.TNALC.org has launched “REPEAL AND REPLACE CONGRESS!”

The 2018 mid-term presents a unique opportunity for pro-American conservatives to drive the final nail in the Democratic Party coffin, ending decades of leftist anti-American policies for generations to come. This is a once in a lifetime opportunity to seize full conservative control of Congress, eliminating those who have been working around the clock to destroy the people’s choice, President Trump.

Currently, there are 48 democrats in the U.S. Senate, two of which masquerade as “independents,” Vermont’s Marxist Bernie Sanders and Maines Marxist Angus King. In total, 25 Senate Democrats are up for reelection in 2018, more than half of the 48 in the Senate today.

The U.S. Senate is currently split 52 Republican and 48 Democrat. The magic number for total control of the U.S. Senate is 60. This means that to gain total control of Congress, we must hold our clear majority in the House and take away at least 8 democrat held seats in 2018, while maintaining the 52 seats Republicans currently hold in the Senate.

The TRUMP revolutionaries have 25 opportunities to take away those 8 democrat held senate seats. We must win 1/3 of these senate races to eliminate Democrat influence in the U.S. Senate.

First things first…  The people must identify, strategize and mobilize in a unified manner, to target and defeat at least 8 Senate Democrats in 2018. If we fail to do so, democrats will continue to work with a handful of turncoat Republicans like John McCain, to thwart the people’s agenda established in 2016.

Patriots must identify far-left vulnerable senate Democrats and recruit a viable “TRUMP-like” challenger to get behind right away. Members of Congress will begin their 2018 campaigns for reelection upon returning from August recess. Defeating at least 8 senate democrats is TOP PRIORITY in 2018.

There are also 8 senate Republicans up for reelection in 2018 and without a doubt, some of them must be repealed and replaced too. This must be done early in the primary process, they must be primaried out early, by a better “TRUMP-like” challenger. If the people fail to primary out the Republicans who need to go, they will either reelect them in the general election, or lose the seat to a democrat challenger, neither of which is a good outcome.

Eight Senate Republicans up in 2018

To primary any of the 8 Republicans out early, the people must engage right away. In order to reach the magic number of 60 senate seats, we have to hold these 8 seats and gain at least 8 seats currently held by democrats.

Some of these 8 seats cannot be held by the incumbent, two in particular.

Ted Cruz of Texas and Bob Corker of Tennessee are on the chopping block for certain. These two must be primaried out or they will lose the general election in 2018. Corker has been a turncoat and Tennesseans are fed up with Corker… They will try to primary him out… There must be unity in this effort for it to succeed, otherwise, Corker will be reelected.

Texas officials and voters were completely unaware in 2012, because Cruz perjured himself in his Texas GOP filings by failing to disclose his Canadian citizenship. But today, Texas and GOP officials are aware, as are millions of Texas voters. Cruz will be forced out of the race in the primaries, either exposed and charged with his fraud in 2012 or withdrawing from the race to avoid those charges. It doesn’t matter what else you might think of Ted Cruz.

The evidence of his 2012 fraud is inescapable. For Cruz to repeat that fraud in 2018, the Texas GOP and Secretary of State will have to be willing to commit that fraud with him, with full knowledge of their crimes in advance.

So, to hold Ted’s seat in 2018, the people of Texas must immediately recruit a “TRUMP-like” replacement for Cruz or they will lose that seat to his democrat challenger, which will mean that we have to win at least 9 democrat senate seats to reach the magic 60. Texas conservatives will either replace Cruz in the primaries or lose to Democrats in the general election. If Texas conservatives don’t act against the evidence of Cruz fraud in the primaries, Democrats will use it to destroy Cruz in the fall.

Our Work is Cut Out for Us

The 63 million who voted for Donald J. Trump in 2016 must re-engage in 2018 and take full advantage of this opportunity to seize total control of Congress. If they miss this opportunity, Trump will remain unable to advance their agenda and his reelection in 2020 will become a distant dream that cannot be achieved.

The revolution to reclaim control of D.C. started on 2016 and must advance again in 2018. The opportunities are many. The people simply cannot sit this one out on the sideline…

The North American Law Center is leading this mission nationally and will provide candidate support and opposition research for local groups leading the mission in their local races. Any group wanting help with their senate races should contact www.TNALC.org for assistance.

Required reading for those who want to understand
what’s REALLY going on right now in The Swampland of DC!