America’s Destiny Still in the Hands of the People

Posted by Editor on
· 6 Comments 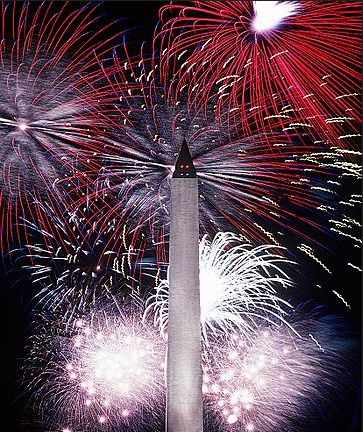 AMERICA’S DESTINY STILL IN THE HANDS
OF THE PEOPLE

For more than a decade before the outbreak of American violence, tensions had been building between citizens of all races, creeds and color, and their federal authorities. Attempts by the federal government to raise revenue to pay for their mindless over-spending by legalizing illegal immigration, seizing control of all major private industry sectors and demonizing all dissenters as “potential terrorists,” threatening national sovereignty and security, met with heated protests among many citizens, who resented their lack of representation in Washington DC.

They demanded the same inalienable rights guaranteed them in their US Constitution and Bill of Rights. Despite many efforts to avoid violence by challenging the unconstitutional acts of the federal government in a corrupted judiciary and congress, citizen resistance eventually turned to violence, when federal troops opened fire on a mob of angry citizens, killing five protesters.

Although I adapted the above story to meet today’s circumstances, I originally copied most of the story from the historical account of the lead up to the first American Revolution. I did so to demonstrate that we have been here before… in the years 1775-1783, our Founding Fathers seized control of America’s destiny.

In 1775, it was the British government which had become tyrannical towards American citizens. Today, it is our own federal government which acts against the American people, beyond constitutional authority. Then, it was largely over taxation without representation. Today, the federal acts against freedom, liberty and all inalienable rights are far more egregious.

Yet, the future will once again be decided by the people, not the tyrants.

After December 1773, when a band of Bostonians dressed as Mohawk Indians boarded British ships and dumped 342 chests of tea into Boston Harbor, an outraged Parliament passed a series of measures (known as the Intolerable, or Coercive Acts) designed to reassert imperial authority in Massachusetts. The British were coming…They intended to use superior military might to enforce their agenda.

But the British had greatly underestimated our forefathers determination to live free from tyranny.

Not much has changed since 1775. Once again we face tyrannical rulers. Once again, they clearly intend to use military might to force their anti-American agenda upon the citizens of the United States, and once again, they have grossly underestimated the will of the American people to live peacefully in freedom.

No, this is not the first time Americans have faced government tyranny on our own soil. It is in the nature of all forms of government to eventually grow to a point at which it believes it has total autonomy and immunity from the people they are sworn to serve. History does indeed repeat itself, over and over again.

As our Founders stated in the Declaration of Independence –

“We hold these truths to be self-evident, that all men are created equal, that they are endowed by their Creator with certain inalienable Rights, that among these are Life, Liberty and the pursuit of Happiness.–That to secure these rights, Governments are instituted among Men, deriving their just powers from the consent of the governed, –That whenever any Form of Government becomes destructive of these ends, it is the Right of the People to alter or to abolish it, and to institute new Government, laying its foundation on such principles and organizing its powers in such form, as to them shall seem most likely to affect their Safety and Happiness.”

The only difference between 1775 and 2013 is that there was no Declaration of Independence yet, no US Constitution and no Bill of Rights in 1775. These documents combined, our Charters of Freedom, are the foundation of the government formed of the people, by the people and for the people of the United States.

“Whenever any Form of Government becomes destructive of these ends, it is the Right of the People to alter or to abolish it, and to institute new Government, laying its foundation on such principles and organizing its powers in such form, as to them shall seem most likely to affect their Safety and Happiness.”

We do not need to reinvent the foundations for freedom and liberty. We simply need to restore our government to these foundations to secure the proper destiny for America. Our task is much easier than that of our forefathers. We don’t need to create anything. It was created for us a long time ago and it was created so that we, many generations later, would know the road home from a dark place in history in which the American people must once again, demand freedom and accept no less.

The Founders knew that this moment would come, that good and decent citizens would use force as a last resort, only when left with no other alternative.

“Prudence, indeed, will dictate that Governments long established should not be changed for light and transient causes; and accordingly all experience hath shewn, that mankind are more disposed to suffer, while evils are sufferable, than to right themselves by abolishing the forms to which they are accustomed.”

Yet, a day would come… a moment would arrive.

“But when a long train of abuses and usurpations, pursuing invariably the same Object evinces a design to reduce them under absolute Despotism, it is their right, it is their duty, to throw off such Government, and to provide new Guards for their future security.”

No… The future of America is not in the hands of a few despotic politicians who have forgotten from which all government authority is derived, the people. Our destiny is in our hands… just as it was in the hands of our forefathers not all that long ago.

To be certain, America is in its worst condition since 1775, in every respect. But we have been here before. We know what to do. The road home was paved by those who came before us. There is no guess work here. The way home, to freedom and liberty, was given to us over two-hundred years ago. All we have to do is follow the path forged for just this moment in history.

America’s future will be determined by the American people. That’s the good news… The bad news is that this means, the buck stops with us. If America does not realize its constitutional destiny, it will not be the fault of a few corrupt politicians, it will be our fault.

Our forefathers had the will, the determination and the courage to live free at any cost. Do we?

Thanks to those forefathers and all who have sacrificed for freedom and liberty since, we need not abolish anything. We need only alter our current form of government, removing from it the despots who have turned away from our constitutional republican form to a despotic democracy in which they believe that 51% of the voters have the right and authority to run roughshod over the other 49%.

Article IV – Section IV of the US Constitution reads in part –

“The United States shall guarantee to every State in this Union a Republican Form of Government, and shall protect each of them against Invasion;”

Yet today, our federal government thinks it is a despotic democracy, free to invade the states and infringe upon both states and individual rights at will. This alone is a direct violation of the US Constitution and the form of government guaranteed to every state and every citizen.

As our federal government received all power from the people, it has no authority to act at odds with the people and every legal American citizen has the legal standing to call them out on it, according to the constitution.

There can be no doubt about what the American people must do. Only two questions remain…

Because our forefathers did it right, we can do this peacefully, if only we have the good sense and courage to do so. If we do not, eventually, our government will force us to internal war. They will fire the first shot.

America’s future will be decided by the American people. How long will they wait, what are they willing to endure, before they make that decision?

Evil can prevail only when good people do nothing to stop it. We must simply act constitutionally, peacefully and united. If we do, then the evil we face today is no match. If we don’t, then we will be responsible for forfeiting our destiny. It’s all up to us!

As I write this piece, the US Supreme Court has issued a wholly unconstitutional ruling against DOMA (Defense of Marriage Act) in favor of a homosexual’s right to alter the definition of marriage which dates back to biblical times. They refused to even weigh in on a statewide mandate of, by and for the people outlawing homosexual marriage in California. In other words, they acted as a despotic nine member oligarchy of unaccountable rulers, rather than a high court guided by constitutional law.

Where does the US Constitution give nine unelected and unaccountable political tools of the Oval Office such massive power? The court has no such power.

If we the people don’t stop this, nobody will!