CALLING ALL PATRIOTS: GO TO CLINTON RALLIES AND HOLD HER ACCOUNTABLE! 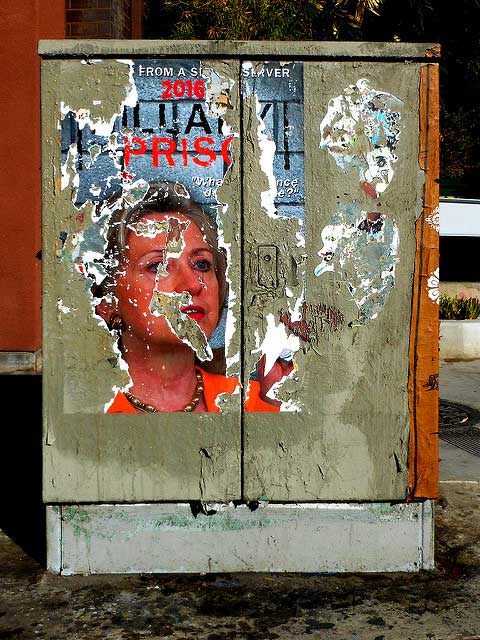 CALLING ALL PATRIOTS:
Go to the rallies and hold the Clintons accountable!


From the video, posted by Monique Marie: “When Bill Clinton visited Bluffton, SC to rally people to vote for Hillary, he met the ire of a former Marine Drill Sgt. who spoke out against Hillary’s lies surrounding the Benghazi Four. Hillary lied to the families of the Benghazi Four-Stevens, Woods, Smith, & Doherty. She lied over the American flag-draped coffins of our brave men. Hillary deserves to spend the rest of her life in prison for that alone. Yet her crimes encompass so much more….Watergate, Chinagate, Emailgate (this alone should have her convicted for using unsecured servers during her first three months tenure as Secretary of State). There is so much more Hillary is guilty of, but her lies and arrogance surrounding the Benghazi Four is enough to have her incarcerated for life.”

Get activated and make this a bit part of the coming election for November 2016. Hold Hillary accountable for the truth about Benghazi and the unwarranted deaths of our brave Americans. Photo credit: Doran, Flickr Creative Commons 2.0. Some rights reserved.