Can Obama Be Impeached? 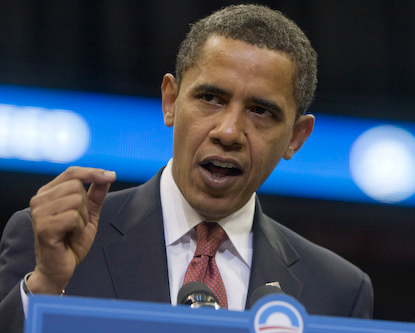 CAN OBAMA BE IMPEACHED?

The time for action is now. 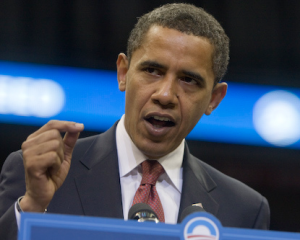 As the nation searches for the proper peaceful remedy to the crisis known as Obama, good people of good intentions often research a common subject and arrive at a different conclusion. Such has been the case on the topic of whether or not Barack Hussein Obama can be impeached.

In a WND column dated July 14, 2011 titled Why Obama Cannot be Impeached, the writer states, “Rage continues to build across this country over the obvious forged birth certificate Barry Soetoro, aka Barack Obama, released April 27, 2011, as do calls for his impeachment. However, Obama cannot be impeached.”

The author’s position is based upon statements from Dr. Edwin Vieira, a Harvard trained attorney, who’s works are focused primarily on land rights and militias. Dr. Vieira issued his position in a 2008 piece written and released before the 2008 election, Vieira suggests that once Obama takes office via fraud, he cannot be impeached, on the basis that impeaching a usurper of the office would somehow validate his tenure in office. Is he right?

To be sure, the Obama Crisis presents a highly unusual set of circumstances, rising to the level of constitutional crisis in a number of ways. The proper peaceful remedy is indeed worthy of research and debate. Only once the people agree on a proper course of action, can action be taken… so, it is imperative that the people reach agreement on this matter.

Who is right in the debate is much less important than reaching an actionable position of agreement. The endless debate on the subject only leaves all concerned citizens paralyzed by confusion and lack of coherent direction in how to solve the crisis.

It is for this reason that I have returned to historical data on the subject of impeachment in search of the foundations for impeachment remedies found in Article II – Section IV of the U.S. Constitution.

“The President, Vice President and all civil officers of the United States, shall be removed from office on impeachment for, and conviction of, treason, bribery, or other high crimes and misdemeanors.” – Article II – Section IV of the U.S. Constitution

I fully understand and even agree with the claim that Barack Hussein Obama (aka Barry Soetoro) gained access to the Office of President via massive fraud, including identity fraud, campaign fraud and campaign finance fraud, just for starters.

James Madison explained the requirement for impeachment during the debates of the Constitutional Convention of 1787:

“Some provision should be made for defending the community against the incapacity, negligence, or perfidy of the chief magistrate. He might pervert his administration into a scheme of peculation or oppression. He might betray his trust to foreign powers.”

In Federalist Paper No. 65, Alexander Hamilton explained that “impeachment of the president should take place for offenses which proceed from the misconduct of public men, or in other words, from the abuse or violation of some public trust. They are of a nature which may with peculiar propriety be denominated political, as they relate chiefly to injuries done immediately to society itself.”

And indeed, in Commentaries on the Constitution, Supreme Court Justice Joseph Story (1811- 1845) explained:

“The offenses to which the remedy of impeachment has been and will continue to be principally applied are of a political nature… What are aptly termed political offenses, growing out of personal misconduct, or gross neglect, or usurpation, or habitual disregard of the public interests.”

Common throughout historical references to the impeachment process is the concept that a violation or breach of public trust, or habitual disregard for the public interest is the fundamental definition of other high crimes and misdemeanors, as it relates to the Founders intended use of the impeachment clause found in Article II.

The legal debate over use of impeachment concerning immunity from criminal prosecutions of any individual occupying the Oval Office is covered quite extensively here. In conclusion, seizing the Oval Office by way of fraud, usurpations of the office, and acting in a manner at odds with public interests, constitutional authority or in breach of the public trust, are all impeachable offenses.

“Men in public trust will much oftener act in such a manner as to render them unworthy of being any longer trusted, than in such a manner as to make them obnoxious and subject to legal punishment.” – “Judgment in Cases of Impeachment shall not extend further than to removal from Office, and disqualification to hold and enjoy any Office of honor, Trust or Profit under the United States: but the Party convicted shall nevertheless be liable and subject to Indictment, Trial, Judgment, and Punishment, according to L aw.”

In short, the Oval Office (not the individual occupying the office) has protections against criminal charges or prosecutions during the tenure of office, be it legitimate tenure or not.

“In 1973, the Justice Department concluded that the indictment or criminal prosecution of a sitting President would impermissibly undermine the capacity of the executive branch to perform its constitutionally assigned functions. We have been asked to summarize and review the analysis provided in support of that conclusion, and to consider whether any subsequent developments in the law lead us today to reconsider and modify or disavow that determination. We believe that the conclusion reached by the Department in 1973 still represents the best interpretation of the Constitution.” – Full legal reference here…

This means that before any occupant of the Oval Office can be charged with or prosecuted for crimes, they must first be removed from office via impeachment, so that the business of the people can continue while the individual is being prosecuted for criminal activities.

The fact that Barack Hussein Obama (aka Barry Soetoro) was able to gain access to the Oval Office by way of fraud, does not change the very real fact that before he can be charged with his crimes, he must first be removed from office via impeachment. Impeachment places in question, every act taken by Obama while illegally holding office. It does not in any way validate those acts. 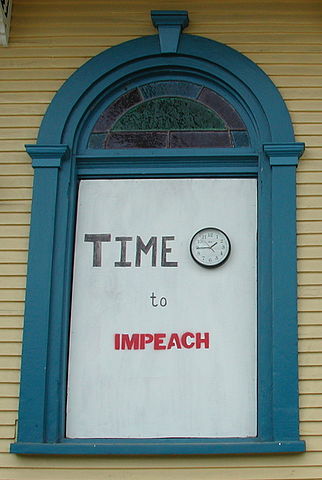 There is no doubt in my mind after five years of investigations in to the person known as Barack Hussein Obama, that he is indeed an imposter, a usurper of the Oval Office. There is no doubt in my mind that every act he has committed while holding office illegally, should be null and void upon his removal from office via impeachment and subsequent criminal indictment.

This is within the letter of the law and all historical reference to the subject.

In the process of seizing the Oval and in his administration of Oval Office duties, Barack Hussein Obama has committed high crimes and misdemeanors. Not only can he be impeached, he must be impeached, removed from office and charged with his crimes, held fully accountable for his actions.

But nobody wants to touch this matter with a ten foot pole, because the constitutional crisis created by Obama and the Democrat Party are of monumental proportions.

The constitutional line of succession to the Oval Office will not hold in this case as every individual in that line of succession was in one way or another, involved and complicit in the most egregious fraud ever perpetrated on the American people.

The only way to solve this crisis is to impeach Barack Hussein Obama and then charge him with his crimes. Unfortunately, everyone in the constitutional line of succession must also be removed from office and charged with their complicity in the Obama crisis.

Unless and until the people force these actions to be taken by congress, America no longer belongs to the American people, any imposter can hold the highest office in our land, no one will be free and the rule of constitutional law is nonexistent.

As long as people continue to endlessly debate the obvious, no such actions will be taken and there will be no way to save America from what is essentially a silent and unchallenged coup d’état.

The list of usurpations and administration crimes would require an encyclopedia to fully chronicle at this late stage. Recent breaking news of massive violations of American constitutional rights by nearly every federal agency which Obama has turned against the people of the United States eliminates any possibility that these events are just independent agency coincidences.

The longer the American people dilly-dally with senseless debates over remedies, the more evil is able to sink its grip deeper and deeper into all governmental powers. It’s time for the debate to end and action to begin…

We can only charge an occupant of the Oval Office with crimes after they have been removed from office. There are only three ways to remove an individual from the Oval Office…

Defrauding the American people in order to seize the highest office in our land must be an impeachable crime. Obama knows this even if his opponents don’t. As a result, Obama mocks the American people, whom he believes lack the intestinal fortitude to dare remove him from office. If you think your Sheriff can save you, think again… We must save ourselves!

Impeach Obama & Co. now, or lose your country forever! For starters, get behind Rep. Tom McClintock and Rep. Jim Bridenstine, and then force your representatives and senators to move to impeachment immediately.

This crisis is not like wine, it will not get better with time. The time for debate is over. The time for action has arrived! Impeach while that is still an option…

“Tolerating evil in any form at any level only brings about more evil. As a result, the true cost of tolerating the intolerable is a totally intolerable society, from which you can never draft good government.“ — JB

Categories : NALC News, Politics
← Previous
America’s Destiny Still in the Hands of the People
Next →
Tennessee Grabs Lead in States’ Rights Fight For Balance of Powers