Posted by Editor on
· 116 Comments 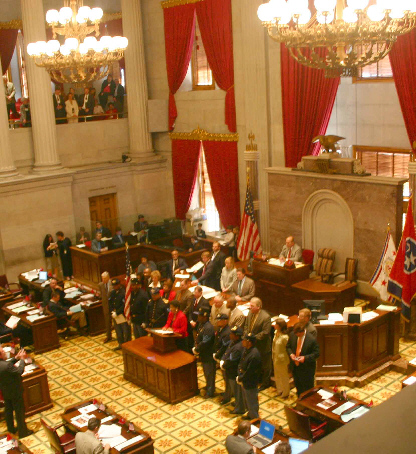 In the United States of America, our U.S. Constitution creates a Constitutional Representative Republic, as opposed to the myth that we are a pure democracy. That Constitution lays out the specific enumerated powers of each of three branches of the Federal government, and the authorities to carry out those assigned duties.

The U.S. Bill of Rights is an additional statement of restrictions upon Federal authority, not the least of which is the Tenth Amendment, protecting the Rights of a sovereign state and the people who reside within each state.

“The powers not delegated to the United States by the Constitution, nor prohibited by it to the States, are reserved to the States respectively, or to the people.” – Amendment X

How does Amendment X line up with the Federal Supremacy clause found in Article VI, Paragraph 2 of the Constitution, commonly referred to as the Supremacy Clause, which establishes that the federal constitution and federal law generally, take precedence over state laws, and even state constitutions?

Only in recent years has this issue become bastardized by “legal experts,” including a number of legal beagles at so-called “conservative think tanks” like Heritage Foundation, Wall Builders and ALEC, all of which mysteriously find themselves doing the bidding of the tyrannical Fed on far too many occasions.

As is always the case with legal text, the devil is in the details… In this case, the details of the Supremacy Clause itself…

The first key phrase is “made in pursuance thereof…” – Before any federal law can enjoy federal legal supremacy, it must meet the stated standards of this section, which states that all federal laws must be made first and foremost in pursuance (or furtherance) of the Constitution itself, to include the Bill of Rights, which became an equal part of the U.S. Constitution on December 15, 1791.

“…that the following Articles be proposed to the Legislatures of the several States, as amendments to the Constitution of the United States, all, or any of which Articles, when ratified by three fourths of the said Legislatures, to be valid to all intents and purposes, as part of the said Constitution;” – Resolved in the Preamble to the U.S. Bill of Rights

To enjoy supremacy, a federal law must first be “made in pursuance thereof” (all other constitutional text) and be “made under the authority of the United States,” as defined in the enumerated powers of the Federal government according to the U.S. Constitution.

To put a fine point on the matter, the Constitution of the United States assigns all “law-making” authority to Congress alone, the legislative branch. This means that policies set by either the Executive branch or the Judicial branch cannot possibly be “laws,” according to the Constitution.

Further, only when Congress enacts laws which are “in pursuance thereof” – within the purview of, or under the authority granted via the Constitution, and not in conflict with the Bill of Rights, can those laws enjoy Supremacy.

Policies set by the Executive or Judicial branch are not laws at all. Therefore, they cannot enjoy supremacy in a Constitutional Representative Republic. Amendment X of the U.S. Constitution states unequivocally that – “The powers not delegated to the United States by the Constitution, nor prohibited by it to the States, are reserved to the States respectively, or to the people.”

According to the Constitution and Bill of Rights, the answer is an unambiguous NO! As all governmental powers are derived by the consent of the people… the people have the final say.

But it is the U.S. Supreme Court which has original jurisdiction on any dispute over constitutional authority arising between a state, the people and the Federal government.

“In all Cases affecting Ambassadors, other public Ministers and Consuls, and those in which a State shall be a Party, the Supreme Court shall have original Jurisdiction.” – Article III – Section II – Clause II

However, Amendment X of the U.S. Constitution protects the states and the people from the “unconstitutional” acts of the Federal government. Acts which are beyond the authority granted each branch, or are in conflict with constitutionally protected rights, are themselves, “unconstitutional.” As such, they enjoy no force of law at all, much less any form of supremacy.

Although many state legislators remain entirely misguided on the subject, millions of American citizens are awakening to the reality that their government has been functioning in a tyrannical “unconstitutional” manner for decades now.

As long as state legislators keep listening to federal “experts” on the subject, they will remain misguided and unable to represent the interests of their increasingly angry and desperate constituents.

But if the people will take the time to read and understand the U.S. Constitution and Bill of Rights, they can properly educate their state legislators and only then can they begin to work together to reinstate the proper balance of powers assured every state and every citizen in our Founding documents.