Scorched Earth: Socialists Going All Out For Broke 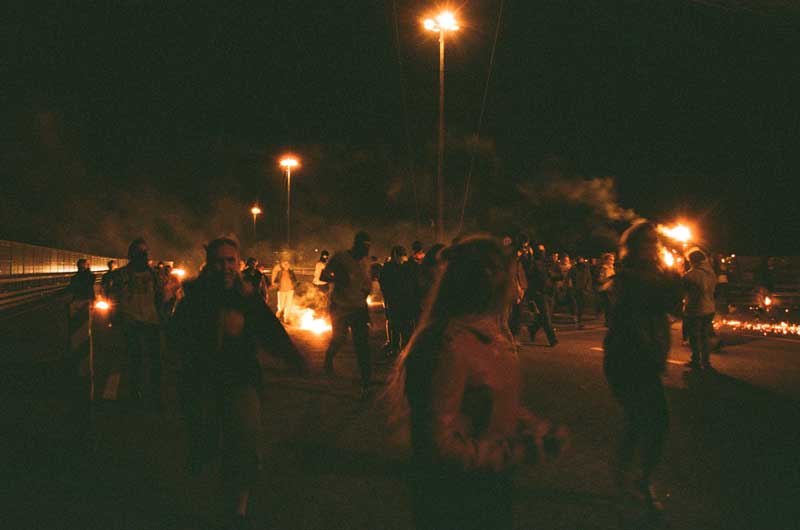 [NOTE: Numbers used in this document are accurate as of the date and time of the writing. Numbers will change after publication as additional case information is reported.]

The key to identifying a weaponized biological or chemical agent is determining whether or not the agent has a “descending functionality” or “gain of function” property. Organic mutations of biological material happen all the time. Every year, we see new strains of old viruses. But when someone decides to weaponize a virus, the goal is to add a “gain of function” property to the virus so that it spreads much faster and farther than would otherwise be the case.

Based on the current trajectory of the worldwide CoVid19 “pandemic,” it’s not a stretch to consider the possibility that this is a weaponized version of Coronavirus that has been around since the 1970s. However, this may not be the most important factor to consider in what we are witnessing in the USA and around the globe today.

Whether or not CoVid19 is a Wuhan lab-created weaponized version of the Coronavirus, the expanding “global pandemic” has been weaponized by global socialists in the USA and around the world. Although the direct threat to human life remains very small, approximately .00018% of the USA population to date (60,000 cases from 330M people), the weaponized “pandemic” threatens the health and well-being of more than 90% of Americans, via a total economic collapse. It may not be without purpose….

For evidence, look no further than the constant Democrat power-grab attempts in the USA during this “pandemic.”

State and Federal governments have essentially shut down the U.S. economy via “shelter in place” policies, instantly stopping incomes for millions of Americans, many of whom live paycheck to paycheck. But Democrats have seen it fit to go several steps further, instituting bans on gun and ammo sales, calling for mail-in elections, easy to manipulate and impossible to verify, in a nation full of Democrat-controlled sanctuary cities.

After blocking the bipartisan Senate Stimulus Bill this week, aimed at helping Americans to stay in their homes and feed their families while under government forced lockdown, House Democrats demanded a laundry list of totally unrelated partisan expenditures in a proposed House bill of their own.

Democrats demanded bailing out the US Post Office, requiring a new $15 an hour minimum wage for people currently not even allowed to work, paying off $10k per student college debt, instituting new GREEN DREAM regulations on airlines, auto manufacturers and homeowners, and a government takeover of every company boardroom in America.

They demanded same day voter registration, early voting and changes in U.S. election laws to benefit Democratic Socialists in the upcoming 2020 election cycle. Finally, they demanded a revival of the free Obama-Phone plan, making it much easier for Democrats to organize and mobilize their citizen army for the 2020 elections.

If that isn’t enough, while they demand every FREE American “shelter in place,” they also demand the release of incarcerated felons into the general population, allegedly to prevent them from contracting CoVid19…. The opposite of the “shelter in place” plan for all other Americans. Note that democrats have also focused huge sums and efforts on reinstating felon voting rights, for the past three years…

As I write, our Federal Government is working to pass a “stimulus” bill at the lofty price of at least $2 Trillion dollars, in a nation already $23 Trillion in debt. No one knows what will be in this bill by the time it reaches Trump’s desk for his signature… but rest assured, whatever it is, Trump has a gun to his head to sign it, or the Democrat run media will publicly lynch him for “holding up aid to Americans.”

While “fake journalists” in the White House briefing room ask the most ridiculous questions, no journalist in the USA is asking the most obvious questions…

Why is the global recovery rate reported to be 85% while the USA recovery rate is only 36.2% currently? Do we have the best medical care in the world, or not?

Why are democrat controlled “sanctuary cities” hit the hardest in the USA? Over 60% of all USA CoVid19 deaths are in four states, New York, Washington, California, and New Jersey.

Why do China, Spain, Germany, and even Iran have a much higher recovery rate than the USA?

We can “shelter in place” to avoid contracting CoVid19, currently affecting less than .00018% of Americans (60,000/330M) …. But there is no safe place to avoid the natural consequences of shutting down the world’s most productive and powerful economy. There is nowhere to run, nowhere to hide, in a depression that would make the Great Depression look like a day at Disney.

90% of all jobs in the USA are provided by small to medium size independently-owned businesses. So, why do Democrats oppose keeping these employers alive during a government-mandated shut down of all “nonessential” businesses and jobs? I assure you… all of these businesses and jobs are essential to Americans who make their living here.

If we don’t keep all “employers” alive during the government enforced economic shutdown, what jobs will you return to after the virus passes?

Make no mistake, no one wants to die from CoVid19 or any other contagion. But the threat to Americans from a total economic collapse far exceeds any threat from any virus. No imagination is required to see who is making every effort to take full advantage of this crisis to gain political power over the American people, either.

These are the same people who have promised for years to take your guns, burn your bibles, nationalize your industries, force everyone into government run healthcare and tax every American into equal poverty. Everything Marxist Democrats have worked towards for more than a hundred years, is on our doorstep today, thanks to the CoVid19 scare.

Meanwhile, the American people have been primed, Pavlov trained, to accept a boot on their neck in exchange for the promise of an ounce of security.

CoVid19 is NOT the greatest threat to the American people in 2020…. The weaponization of the CoVid19 “pandemic” threatening to bring America and all citizens to their economic knees, as Democrats seek to gain Marxist ground at every opportunity, is the greatest threat to America, freedom, liberty, and life itself.

No matter what it takes to defeat CoVid19, America will survive it. But America cannot survive a total economic collapse or a total Marxist takeover of the USA by “democratic socialists” currently running the Democrat Party.

Democrats and global Marxists are going for broke! The CoVid19 scare creates a perfect storm for forcing the entire world into a global commune for the “greater good” and make no mistake, they are taking a scorched earth approach to implement their agenda for the USA and the world.

THIS RUSH TO “FUNDAMENTALLY TRANSFORM AMERICA” MUST END HERE AND NOW!