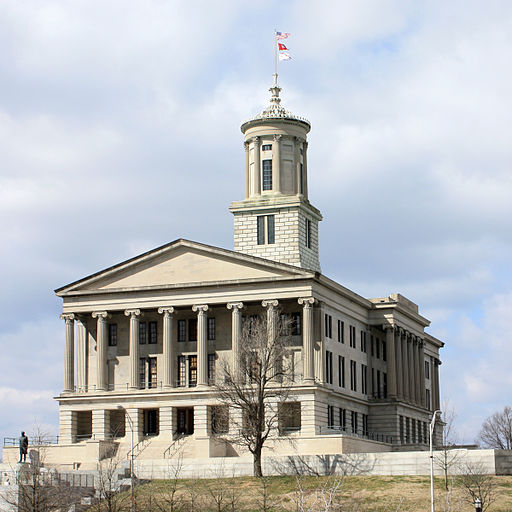 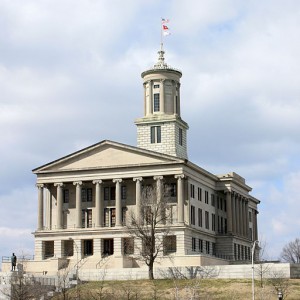 ©By Kaldari, via Wikimedia Commons

The United States Patriots Union and The North American Law Center (NALC) have been working since the 2011 state legislative sessions to enact a broad-based State’s Rights bill titled The Balance of Powers Act. The model legislation has been introduced in numerous states in 2011, 2012 and 2013, passing nowhere until last week, where Tennessee became the first state to establish a Balance of Powers Committee in the state legislature.

Due to massive daily overreaches and abuses of federal authority over numerous federal administrations, none more egregious than the anti-American Obama administration, and congressional republicans totally missing in action as it relates to their primary job of keeping the executive branch in constitutional check, it has become necessary for the people, via their states, to enforce the Constitution and Bill of Rights from the state level.

The Tennessee State Legislature will soon begin reviewing and dealing with federal abuses of power from the newly formed Balance of Powers Committee. The people must support these brave representatives of the people, as they take a firm constitutional stand for the people.

Before the people are forced to fight in the streets to defend their natural rights, protected by the Constitution and Bill of Rights, State governments simply must stand up to an abusive federal government on behalf of the people, via peaceful legitimate governmental processes.

Brave Tennessee legislators have now done exactly that… In a letter dated March 26, 2013, from Rep. Judd Matheny and Senator Mike Bell to Lt. Governor Ramsey and House Speaker Harwell, Matheny and Bell made a winning argument for the Tennessee Balance of Powers Committee.

A general introduction to the Balance of Powers Act is posted on the NALC web site. But in short, the model state legislation provides for the following – State Representative Judd Matheny led the effort to establish a State Balance of Powers Committee in Tennessee with his HB0970, co-sponsored in the Senate by veteran Senator Mae Beavers. Matheny is a veteran state legislator with both military and law enforcement experience on his resume, before becoming a conservative leader in the Tennessee State legislature.
State Representative John Ragan had been working on passing the bill since 2011. False constitutional advice from legal beagles in legislative services were trying to block the legislation based entirely upon text from the US Constitution, the Tennessee Constitution and the Bill of Rights on the basis that states’ rights are somehow “unconstitutional.”
We have seen this in state after state, both sides of the aisle. In Michigan, Republican Speaker of the House Jase Bolger issued a typical opposition paper to the states’ rights model. Typical in that it was based upon false premises and was copied and pasted from anti-states’ rights publications from inside the DC beltway firms Heritage Foundation and Wall Builders.
According to these so-called “experts,” the only mechanism available to the states and the people when the federal government becomes abusive, is to elect different representatives or wait for the US Supreme Court (a branch of federal government) to tell us what rights we do or do not have…
It’s utter hogwash on its face. However, working through ALEC, a national organization which influences state republican legislators, taking their cues from Heritage Foundation and Wall builders, legislative services lawyers are misleading state legislators on the matter of Federal Supremacy and Judicial Review.
Federal actions made “in Pursuance of” constitutional principles and duties do indeed enjoy federal supremacy. Action not made “in Pursuance thereof,” have no force of law at all.

While the US Supreme Court does have “original jurisdiction” in all constitutional disputes between a state and the federal government, it is the people who shall have the final word, final jurisdiction.

Fortunately, not all state representatives are like Speaker Jase Bolger or Democrat Tennessee Attorney General Robert Cooper, who also seems to understand very little about the Constitution and Bill of Rights.

There are great conservative leaders at the state level, like Rep. Judd Matheny and Rep. John Ragan. Others who helped make the Balance of Powers Committee possible in Tennessee are Lt. Governor Ron Ramsey and House Speaker Beth Harwell, both of whom joined Matheny in his effort to protect the natural rights of all Tennesseans.

I discussed the great success with Randy and Brian on Michigan Defending Fathers Radio last Friday, where citizens are working around the clock to find the kind of leaders found in Tennessee, so that the people of Michigan will have a state government that acts to protect the state and the people of Michigan.

Also supporting the Balance of Powers Act in Tennessee were Tennessee Eagle Forum and numerous patriot groups across the state. Please join me in thanking these true conservative leaders for standing tall to protect the natural rights of Tennesseans and then join us in the effort to make The Balance of Powers a reality in YOUR state.

Write the heroes of Tennessee here:

To make The Balance of Powers a reality in your state, contact the North American Law Center at: info@northamericanlawcenter.com