READ:
WHY U.S. CHILDREN ARE KILLING 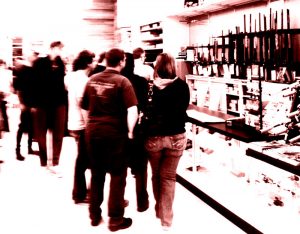 By JB Williams
Read this thoughtful analysis and GET ENGAGED!

THE NORTH AMERICAN LAW CENTER PRESENTS:
“DEATH OF A REPUBLIC”

We are committed to educating the American people
who are currently part of the problem,
yet still the only potential solution to these threats!
There are solutions to these threats…
but they will not be found in the voting booth!
Read this white paper and get engaged.

The North American Law Center (NALC) is a non-partisan non-profit public policy research and analysis organization with a focus on the Rule of Law in America, the U.S. Justice System, Constitutional Law and History, Military Law and the UCMJ. Although NALC has affiliate legal counsel, NALC itself is not a licensed law practice. 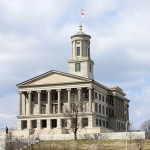 Year after year, case after case, the American people have had their rights eviscerated by the American legal system. This deliberate destruction has come in the pursuit of effecting a “utopian global social justice system”. In actuality, what we have are judicial activists, through their lofty positions, imposing by fiat, that which should be determined through due process. These absurd, inane and socialistic decisions, substituting personal policy preferences for Constitutional imperatives, have destroyed both the intent and spirit of the Constitution, as well as the foundation of the Rule of Law.The courts, together with most self-serving, agenda driven attorneys, have abandoned the Rule of Law, in lieu of legislating from the bench, precedent priority, and procedural chaos. Confusion has become the stock and trade of the courts. Not only are these “so-called” authorities unelected and unaccountable, they have rejected and violated their Constitutional role to provide “liberty and justice for all”. Not only are their decisions beyond their authority, they violate and destroy the will of the American people. Perhaps the most destructive issue…a decision from the courts, instead of remaining a simple decision, becomes law, a precedent, if you will, which further perpetrates the fallacy of Stare Decisis, which by its very concept violates our Rule of Law…that each case shall be judged on its own merits.These tyrants, who continually violate our Constitutional rights and liberties, are not only in the legal system, but are found in other positions of power, i.e., federal, state and local governments, appointed and/or elected positions, individuals, panels or groups, politicians, agencies, etc. This daily erosion of our freedoms has resulted in the theft and transfer of the power from the American people to state and federal governments.

“In all legal cases in which a state and/or the federal government shall be party, the Supreme Court shall have original jurisdiction.”

The actions above have left the American people alone, defenseless, with no avenue for redress of grievances. There have always been various groups which defend criminals, illegal aliens, environmental causes, racial issues, and a plethora of other special interest causes. But, who stands up to defend the decent, average hard-working, tax-paying American, who loves his Country…has defended his Country…foots the bills for all the “entitlement” programs, and, is watching the American Dream vanish before his eyes?

“The most powerful governmental body is the one closest to the people.”

THE NORTH AMERICAN LAW CENTER has been formed by American citizens for the benefit of American citizens. This is an opportunity for the American people to stand-up and be counted. If you as an American citizen desire for the government/courts to once again be accountable to us, then this is your cause of action. When a lone person’s rights are trampled, there is very little, if anything, one person can do. The violators of our freedoms depend on this fact. However, with a team of American professionals who are not for sale at any price, and, a substantial war chest, we will defeat our Nation’s enemies in their own arena, and restore…liberty and justice for all. We will fight the battles that no one can fight alone…peacefully and legally.

What Americans seem to have lost sight of is that Freedom requires that each citizen take personal responsibility. We don’t choose freedom because it’s easy. We choose freedom because there is no other choice. The average American says, “Well that decision/law doesn’t involve or affect me.” WRONG! If a decision or law trampled the rights of just one person, ultimately it will affect you and every other citizen in this Country. Do you know there is no freedom apart from justice for all? Do you know that freedom is never secure in a country where justice is perverted? 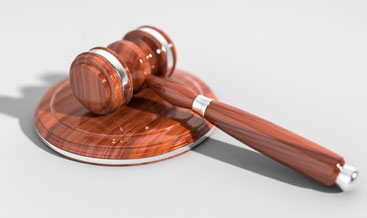 THE NORTH AMERICAN LAW CENTER will be composed of some of the finest Constitutional scholars and legal minds in our Country. We will confront, expose, publicize, and legally pursue the violators of citizens Constitutional rights. Cases which are chosen will have one common link…the positive resolution of each case will benefit American citizens, both individually and collectively. After all necessary preparation is complete, violators will be confronted by cases, presented and argued before a judge and a properly instructed jury, based on “black letter law”, and not some theoretical application. Each victory will take us one step closer to returning America to its roots – the Constitution of the United States of America replete with liberty and justice for all.

THE NORTH AMERICAN LAW CENTER is a group of Americans who consider honor and integrity as the basic traits of any free people. We have no connections to any groups, individuals or local jurisdictions. Therefore, no debts, no obligations, no deals, and no compromises – only adherence to the letter of the law. To put it as simple as it gets: no favors asked and none given.

One of the goals of THE NORTH AMERICAN LAW CENTER is to strike fear and trepidation into the hearts of those who choose, deliberately, with malice aforethought, to abuse and denigrate the rights of the citizens they have sworn to serve and protect. These violators have great moral turpitude, and distort the citizens’ rights and freedoms for their own selfish ends, and often with assumed immunity. They will learn very quickly that justice is not for sale…at any cost!

We need your help through your financial gifts, and any other financial contributions you might solicit for this cause. This is your Country. This is a team effort! Be proud! Stand up for America and make a difference.